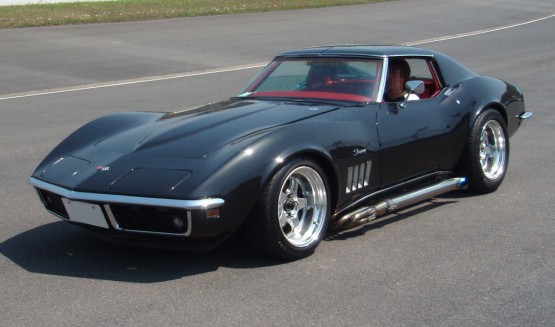 Aka Iron 1969 Chevrolet Corvette Stingray Coupe. Car was longing for since childhood.

Corvette shops, impulse buying almost five years ago. Did Really not much aimed at Year 80. But love at first sight in the showroom. Chatter is painful but ultimately went with the intention of ridicule.

Originally normally purchase troubled. What can stop at 200 meters to go before parking Toco I Was running comfortably. Engine stop in the middle of the street Meguro. The shoulder at the coast but somehow 寄Seta from surrounding large frown on. 極Me付Ke is something wrong with running speed. Smell something. Chow began to jam to boot. Tadori着Ki to finally stop the engine in traffic PA. Stop the engine OFF and the key should be ...! The car's noticeable, and I shit a strange sound from the engine to something. In the surrounding crowd gradually. But no signs of stopping the engine. I think the leak is somewhere in the ignition system, and try to cut open food around Desubi force. White smoke from the engine room suddenly furious. State as far as the eye can see the white fog. Spectators to flee in a big hurry to disperse the children of the spider. But somehow the engine stopped, and of course take care of JAF. 燃Enaku glad. 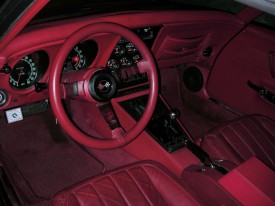 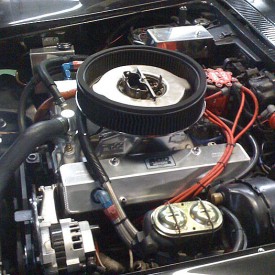 More than 40 years after car difficult. And I can get into the body or replace the frame and almost non-Nandakanda. Did aims to comfort specification. First. So, as well as replacement sheets and lining. Visit the latest electronics such as audio-ETC-radar navigation. Woofer Box I put up a small space. , And now focus on power and sense of security. Modifiers of something around the engine core. I take paid and air conditioning (and even if you completely 冷Enakatta Which). Now the audio is almost useless. I heard something and exhaust sound speed at all. Seat right next to the muffler outlet. Does not have sound. This car is also the way Rod Motors I got a look at. You also got to hear quite impossible. Also fairly large one-off parts. So 走Reru normally. Recently, meaning the same car but "normal" is not. Means no worries like when I stopped Chau. When I say comfortable specifications.

Toka Toka overwhelming noise and vibration. What I do not fall apart as lies. Something completely unrelated and quietness. Eco-environment but also far from Toka. The time now is absolutely no match. Recent performance is nowhere near the car. Love it. I can also view just to drive.

... But dormant. Why? Broken. A long time. Maybe steering control valve. It's an oil leak. Did one of the few remaining original parts Mamma. In the high part is located outside of this. So dormant. What part of the Corvette, still getting in new. One screw up lies. 凄Kunai? But out of repro or even a little. There are some new parts Datte genuine GM. This side America. Truly Corvette. 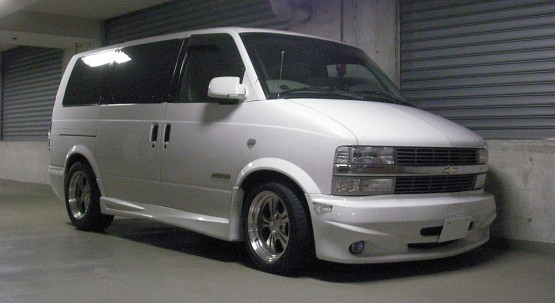 I was thinking about trying it vaguely as a Blog. Did not even think of buying a dog that was going around my car. The design of the title so my Corvette. Major policy change that is what a dog. Unbalanced design something from it but that is straight. Or the family.

In the car. One other thing this Corvette Astro-back titles. American car both cars. In this Go時世. This second fact Astro. This summer's transfer from the previous guy. I like the extremity of the Astro-mon is Ashiguruma Frankly Corvette hobby. Really anything is good. If size is easy to put on a bike yet been placed on the dog. Astro there. The size of the area that is exquisite. Particularly unhappy I was in the previous Astro, triggered Sort impulse strange occasions. Fairly new model year also became less mileage and beautiful. Anything else reasonable price. Yoppodo cheaper than the usual mini-owned. ROD MOTORS san, thank you for your help every time (I got looking at the first ROD MOTORS Astro well). 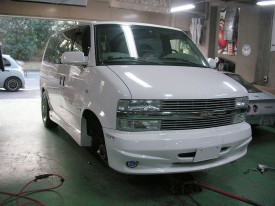 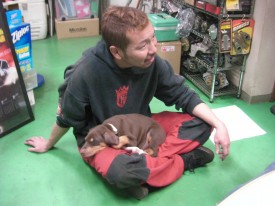 Chatter asleep at the knee

I feel the front tires will be taken aboard for a while Did. Since the car is somewhat low down your own risk. The front tire is also looking to replace consultation with you still RYO. So today went. Good feeling. One tire was pretty good. I also raised-height, height up a little. So not much not worry about the step corner.

With respect to height is less fond of Yappa. Really The lower the better. Corvette still quite sticky. Astro is a kick as I would like to ride anywhere. Will be better after a little more impressive than I 落Toshitara the rear. Future challenges.

This year's car industry, I was going to see if it was not very good topic, because congestion tea. I care is not always mercenary ROD MOTORS booth only. Tetara chance to poke too many people that I, N and ran into a Kung Team ROD. Arrived at the booth of the ROD difficulty. Hot breath. 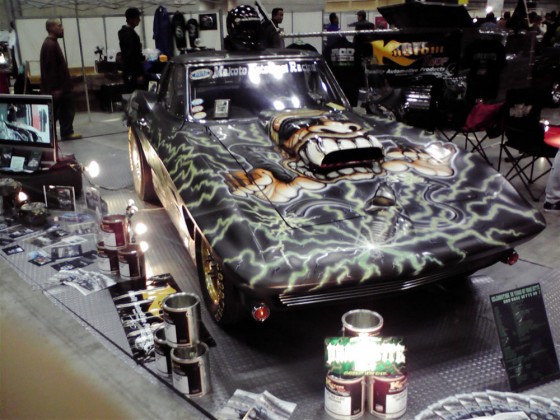 I had a long time to talk with the president. "A dog came?" "Oh, look!" Toka says, show the previous movies. Yappa president, really likes dogs. "Coeur cute!" "Yes Desho, Desho it" Did everyone excited to say solved. 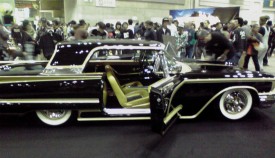 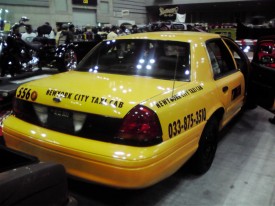 I came to the show and the long-awaited 一応, as people decided to look around the venue.

This single was Yappa care. Car-like ZZ TOP Billy Gibbons of Kano. The first time I saw was not a very cool Yappa closer look! BGM Hazusenai car for me is that God ZZ TOP.

This is the most stuck and Yellow Cab. Bona fide commercial vehicles with a whopping number of this cab green. As well as normal taxi meter rates. I knew I would not even ride for you see. But like today's Sunday car sales What is not on-season? Applaud business owners participated in the rest.

I pressed as many photos as the car was in addition to care, it took the form filled out of focus. But if you like Gallery at.

Really it was like I was amazing bike exhibition, I saw quite enough to say that such a system was a little Harley. Did you mean what was I Toka Drag Bike. Sotchi has wanted to see ... a little like

Turning quickly to the back and crowded all told before. Full stomach just quite a long time was the car show.

Villages in this blog

Powered by WordPress and WordPress Theme created with Artisteer by Hiro.