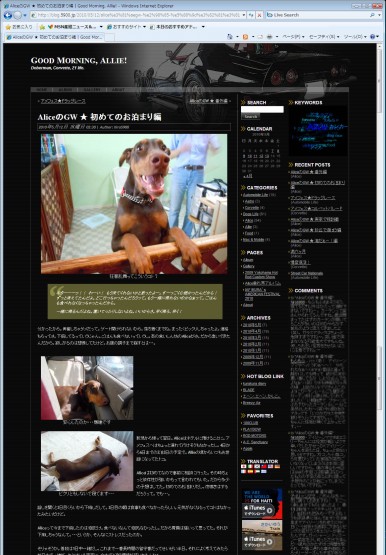 Windows IE8 seen in the screen

Coto is the mood was a little bit before. Appearance of this blog. I've had beast matter. I'm very much like IE on Windows do not appear to have been satisfied. Layout. I was going to be confirmed ・ ・ ・ when launching the blog full Janakatta like. A while ago I noticed that icon, the kore. 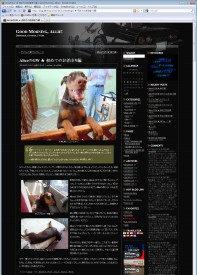 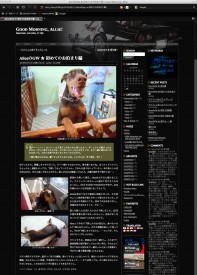 For comparison I know, when the combination of characters vertically arranged photos. IE They are beginning the second character from the picture side only. Collet fact, such as Firefox for Windows and Opera, Safari letter I started from first one side of the picture it perfectly.

Mac said on Safari, Firefox, Opera and Chrome, I started from the next character in the first picture looks like all the same. I appreciate that that is different in IE just looks like (it looks like IE is still the same 08 7.)

What is my environment only maybe this? I also thought. Uchi's why I'm moving over from Windows to Mac. I wish I were. IE before I hear a lot of bugs I see the web. I'm using a basic standard, because we got more than 60 percent browser share it. I'm in a must-see place.

Win totally different way, and I stuffed characters in Mac. Mac for that matter pretty easy to read characters better (and, I think?) Well, around here, although there are issues of personal taste.

In the layout and what to do called ・ ・ ・. It's not without difficulty to see. What is also from me now. Well, I do. (Humans do not know how this situation has led to postponement of the problem ←) 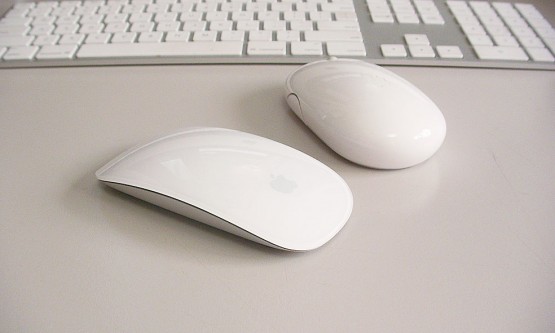 The shape of the mouse funny lately. Was using the Apple Wireless Mouse. Was superior to me. Scroll Ball was also the infamous humming. OK well I think all reason. The battery runs out quickly. In about a month almost. Other than that there were no complaints at all. In the first 18 months of use. Scroll Ball that was finally ineffective. Ah, such a thing. Peeved fucked. I was trying so familiar with the body. I Sukuroruboru.

I think we could continue to use ・ ・ ・ disassembly and cleaning. Worrisome. Apple's Magic Mouse . Tempted to oppose it after all the new things. Apple Store yesterday and received a purchase. Open the box immediately. Apple truly guess. Packages like trinkets. Chochotsu started using the set.

Into a beautiful package

From a common conclusion. Not so surprisingly easy to use. Get used to the mouse too far Tta all held flat impression. I used a large part. Multi-operation and the biggest selling points. Certainly smooth. Anywhere on the mouse scroll. The slightest movement and displacement of the finger movement and screen it. Familiar feeling slight discomfort in the direct sense of the scroll ball. I wonder too familiar problem. The following is a bit serious. The main applications are using Illustrator or Photoshop. The mouse's grip on one into the fine detailed work 中Tsu. You've run. Work space. When I try to click the aiming point. It overwhelmed. Why are effective measures? After a bit of it. Mice could be set a shortcut for the previous three places. ・ ・ Left button right side. Now the two places. One shortcut is gone. I hope the shortcut from the third were not using it much. Oh, and battery. I wonder about every month in exchange for me. I opened the back cover AA × 2. I'm surprised to get two flat AA in this.

In terms of design. From a good enough impression. A matter of taste. What I mean with things like this, something like a cockroach. It is also white. I hate to be the largest cockroach in the world. Encounters a stiff guy. Get stuck at all. So What? Oh, we saw even think like that. Stop it.

Perhaps high expectations. And somehow feel incomplete combustion. I'm not bad. Not as good as I thought. Well, I think you get used to them. Eneloop batteries can let this opportunity. Condition probably because the battery life will be like same.

Get the Flash Player to Player See this.

Always my Mac is using, or rather it is right to only use Mac. Until almost a year ago, Windows was not even touched on. It is probably from a Macintosh personal computer was first touched.

Mac has a long history of fine, 20 years ago for Macintosh II from the time of reading this. I was the English menu was something that was drawing in color comb. As expected, since the design is 良Kutsu cool little Mac, see Apple's mark is also a very sophisticated colors of the rainbow. It was something that virtually nothing from the PC, PC not getting picked so it looks like Mac was a feature. Mac grown up ever since. What is important to look all the same.

So such a visually-oriented than what we blog. Absolute prerequisite to be able to look for their favorite. This is the first mistake.

You look a little "Artisteer2" software that would easily作Rerurashii themes for WordPress. Ignorance of something inevitably tag "WordPress" also decided to use. And, so far good. Started making a theme. Wait a minute? The shape was easy but a little dissatisfied ・ ・ ・. Difficult to fine tune. I knew nothing but tweaking the style sheet. Then on the server to the trial and error is a touch intimidating. And the dark clouds coming from this area 立Chikome. I repeat, we know hardly any tag, style sheets and PHP code I had not even seen. Search for now. Apparently "XAMPP" seems to be up to the local server it easy. And for Mac, set the required set of applications! (Go on important here) introduced immediately. ・ ・ ・ Suddenly stumble. I thought we did put a local man as WordPress does not recognize. The details are to resolve all these strange things I forgot, it took about one full week. I took a little frustrated at this time.

Minor adjustments, such as style sheets barely begun to move on the test subject. Hamari start from this area. Oh but no, twice, three times in this - or else the theme too much ・ ・ ・ week and change quickly. Engaging them to WordPress plugins. Movies do do do photo album, you begin to try and put you into a little tinkering and do not have any use for various functions. In the meantime, and finally realize the endless themes plugins, suddenly, last up to a server. From the beginning nearly a month passed already almost exhausted by this time had little motivation to start a blog.

How exactly what I was doing ・ ・ ・. Of course important but the look and shape to make it early before it's more important.